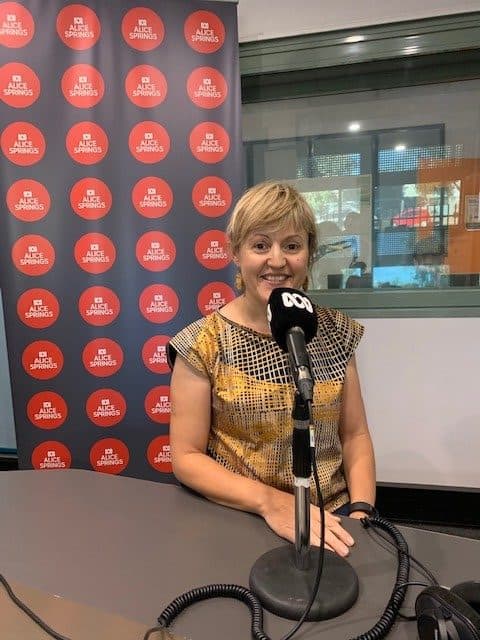 The Federal Budget was a missed opportunity to generate jobs quickly through investing in social housing construction, and it failed to deliver a permanent, adequate JobSeeker rate.

NTCOSS CEO Deborah Di Natale spoke to ABC Alice Springs’ Alex Barwick about the Budget that gave the least to those with the least.

Alex Barwick – ABC Alice Springs. Seven months or so into this pandemic and the Federal government finally handed down its budget last night. And whilst a lot has already been made of the huge amount of debt that will be left behind something like well just over 700 billion dollars of net debt by the end of this year and 966 billion by the end of 2024. What is there in the budget that affects you potentially right now. Well I guess it all just depends on who you are what you do for a living or how you just get through each week.

The Territory Government for example was all pretty rosy about it. This is the Chief Minister Michael Gunner who seemed to think it was a big winner.

We wanted NAIF extended and expanded to deliver more investment in jobs and we got it. We wanted investments in road infrastructure and we got that. In addition to the funding we know about, Deputy Prime Minister McCormack wrote to us last night confirming that an extra $96 million for road safety upgrades in the Territory. Minister Lawler will start straight away to identify those projects, get the money flowing, and get the jobs going. There are lots of buckets of funds in the budget that we’ll now need to look at closely to see how we can benefit.

Alex Barwick – Okay so that’s just a little bit of what Michael Gunner had to say earlier this morning. He gave a press conference around 9:30, generally pretty happy about what he heard from the Federal budget last night. I think now in about five weeks time we’ll hear the Territory Government deliver their budget. Well one business owner in Alice Springs Pru Skipsey Williams says that her business will directly benefit from the apprenticeship wage subsidy scheme so she’s pretty happy as well.

Pru Skipsey Williams – Alice Springs Business Owner. I think we will be looking at hiring a younger apprentice and also a senior apprentice because there a lot coming through CDU at the moment. I think it can only be a benefit to the Northern Territory.

So the apprenticeship wage will be subsidised for nine months. How will that help your business?

Pru Skipsey Williams – I think it would give us money to be able to put elsewhere because we were closed for the three months during COVID and I think it will just benefit us as a whole being able to help people during their apprenticeship.

Alex Barwick – Okay so there’s some positive reactions to the Federal Government but what about for those who are unemployed, for those more vulnerable in our community. It seems as though there might be less good news. Deborah Di Natale is the CEO of the Northern Territory’s Council of Social Services and she’s in Alice Springs at the moment so Deb good to have you in the studio.

Deborah Di Natale – CEO NTCOSS. Thank you for having us Alex.

Alex Barwick – Have those on government welfare payments been left out in the cold from last night’s Federal Budget?

Deborah Di Natale – Look I think last night’s Federal budget did benefit a number of people but really what the Federal government has done has missed an incredible opportunity to do what is the right thing by people who are vulnerable across the Territory as well as the smart thing for the economy.

We know that the JobSeeker payment was generating $10.1 million dollars in terms of the economy. We know where that money was going. It was going into buying fruit, vegetables, your local stores and it was also going into purchasing white goods.

So we need to ask ourselves why do we see so much money being spent in terms of assisting people who are on high incomes, tax cuts. Yet we are not seeing any of that money to assist people who are on JobSeeker.

Alex Barwick – Okay so let’s talk about the JobSeeker situation.

Of course NTCOSS, ACOSS, have been advocating for a long time that forty dollars a day wasn’t enough. At the moment it’s now fallen back to fifty eight dollars a day. Is the picture that it will eventually go back to pre-pandemic levels back to the forty dollars.

Deborah Di Natale – Well that’s what we’re anticipating, in terms of the communication we’ve had so far,that come December it will go back down to forty dollars a day. I don’t think there are any of your listeners that would think that forty dollars a day is enough for people to live on. We also know that in terms of people who are looking for jobs in regional parts of the Northern Territory there are 57 job seekers for every one job that’s available. So you can’t really be I mean I’ve often heard people say oh well this is the best way out of welfare is to get a job. Well we don’t actually have the infrastructure set up in the Northern Territory to enable that to happen at the moment.

Alex Barwick – How many Territorians right now are on JobSeeker. Roughly?

Deborah Di Natale – So we’ve got a number, it’s approximately 33,500 people across the Northern Territory.

Alex Barwick – So if 33,000 Territorians including a whole lot from our patch right here, are on JobSeeker and look like they’re going to be going back to living on forty dollars a day, why is the Chief Minister so happy with the Federal budget?

Deborah Di Natale – Well I guess the Chief Minister needs to think about job generation and there are some programs there in terms of the relief for people who want to do an apprenticeship so there is cause for celebration in small areas.

Alex Barwick – Is it disappointing though that he didn’t sort of make a point, that in this area, which affects so many Territorians, there isn’t a commitment.

Deborah Di Natale – I think it’s a huge oversight in terms of the Chief Minister’s response when you’re thinking about $10.1 million dollars in your economy that’s going to be lost. I would have thought it would have been appropriate to make a statement in that regard.

Alex Barwick – Now the Social Services, the Federal Social Services Minister, Anne Rushton has said that there will be some kind of an announcement before the end of the year. She’s alluding to JobSeeker. Does that give you any hope? Do you know what she’s even referring to there?

Deborah Di Natale – Oh Alex we are an advocacy body. We are always hopeful that there will be good social outcomes and that the responses will be good. What we know is that ACOSS and all the other COSS’s around the country have been lobbying her to ensure that we get an extension to JobSeeker. So we’re hoping for good news.

Alex Barwick – Other potentially good news, of course this was leaked just a little bit before the Budget last night, and that is some additional support for those not in work, the government offering two more tax free payments of $250 to pensioners and others on government support. I think one is in November December this year and in one early next year is that great news.

Deborah Di Natale – That’s good news. I would not say that’s great news. $250 for a pensioner might mean that they can, if they are fortunate enough to be in a house that has air conditioning, they might be able to run that for two months of the year. I don’t think a five hundred dollar payment is enough to be able to state that we have got people living in a situation that is sustainable long term.

Alex Barwick – Okay from NTCOSS perspective are there any other concerns across what was announced in the Federal budget last night and what are you hoping to hear from the reply tomorrow from Anthony Albanese.

Deborah Di Natale – Look I think the biggest disappointment for people across the sector has been the lack of money announced in relation to social housing. That to me was not just disappointing, it made absolutely no sense. Because it terms of housing you’re actually creating a benefit to people who need it but you’re also supporting the construction industry which actually helps the economy. So we know here in Alice Springs we’ve got sixteen hundred people at the moment who are on the wait list for public housing. We know if you live in the Northern Territory you’re 12 times more likely to be homeless than if you live anywhere else in Australia. I mean to me social housing was really a big win for government in terms of the economy and in terms of assisting people who are vulnerable and they missed that opportunity.

Alex Barwick – Okay we’ve got five weeks until the Territory Government unveils its budget. What do you want to see in that?

Alex Barwick – All right we’ll leave it there. Deborah Di Natale thanks for your time.

Deborah Di Natale – Thank you so much.

Alex Barwick – The CEO of the Northern Territory Council of Social Services.

You will just have to wait a few more weeks before that is revealed by the NT Government in terms of how they’re going to put together their budget.