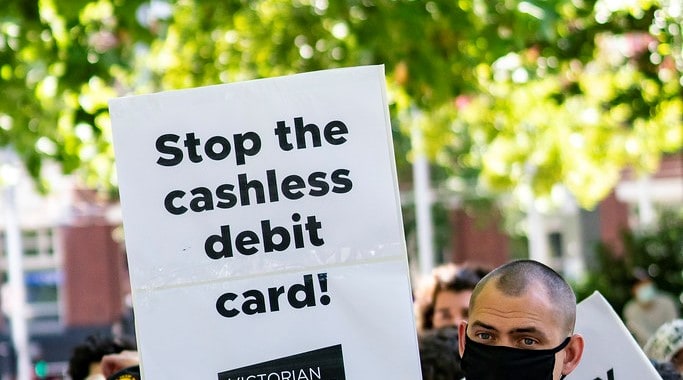 Remote NT communities will remain on the controversial BasicsCards

NT residents will be the overwhelming majority of Aussies on compulsory income management despite Federal Government changes to the Cashless Debit Card, writes A Parkinson from NT News.

Aboriginal communities will remain on the controversial BasicsCard despite the Federal Government’s recent move to scrap income management.

“But (NT residents) will either enter back onto or remain on the BasicsCard program that quarantines (social security) payments, usually more than 50 per cent, and dates back to the Howard government’s 2007 NT Intervention.

“When thousands of people in South Australia, Western Australia and Queensland (excluding the far north) exercise their free choice to decide whether or not to exit compulsory income management this week, a greater number of Territorians will not have that (same) choice.”

Ms Di Natale said overwhelming evidence showed income management over the past 15 years did nothing to reduce crime, alcohol, gambling or domestic violence.

She called on the Federal Government to fulfil its election promises and ensure BasicsCards became a voluntary basis, not compulsory.

“We acknowledged in our submission (to the Senate) the repeal of compulsory income management and replacement with a voluntary scheme in the NT must be managed with care as the current system is entangled with implications for payments including rent,” she said.

“However, that should not stop its immediate repeal.

“We remain committed to working with our stakeholders and the Federal Government on this issue.”